Maps were disabled by the visitor on this site. Click to open the map in a new window.

All fields marked with * are required

In 2014-2015, the Sacramento Campus was recognized as a “School of Excellence” by the Accredited by Accrediting Commission of Career Schools and Colleges (ACCSC). This award commends institutions for their commitment to the rigors of the ACCSC endorsement as well as their efforts to maintain the highest levels of success among their students.1

Several Unitek programs prepare students by giving them access to healthcare facilities, applied training, and professional instruction. All of the programs at the Sacramento Campus can be completed in a year or less.

The Sacramento Campus is located near Commerce Gardens and the American River. Within distance of the Capital City Freeway, the campus is near various estates, colleges, and restaurants. Other nearby attractions include Raging Waters Sacramento and a Cal-Expo Race Track.

Sacramento is not only the capital of California, but it is the sixth largest city in the state and the thirty-fifth largest city in the country. In present day, the city is primarily known for its diversity, sunny weather, progressive contemporary culture, and farm-to-table restaurants. One of its many notable areas is the Old Sacramento Historic District, which is a U.S. National Historic Landmark District. The city has numerous theater venues, museums, and film festivals as well.

Vocational Nursing program in Sacramento: This program gives students the knowledge and skillset they’ll need to pass the licensure exam in as little as 12 months! If you like to help people, this program could be a great choice—healthcare careers are often incredibly rewarding.

Medical Assisting classes in Sacramento: This program equips students with the experience and skills they’ll need to excel as a Medical Assistant. A supervised externship is included!

Dental Assisting program in Sacramento: Unitek provides Dental Assistant training and gives students the knowledge they’ll need to succeed in the field. The curriculum includes lab work, in-class instruction, and a supervised externship. If you’re searching for Dental Assistant programs, this could very well be the one for you! 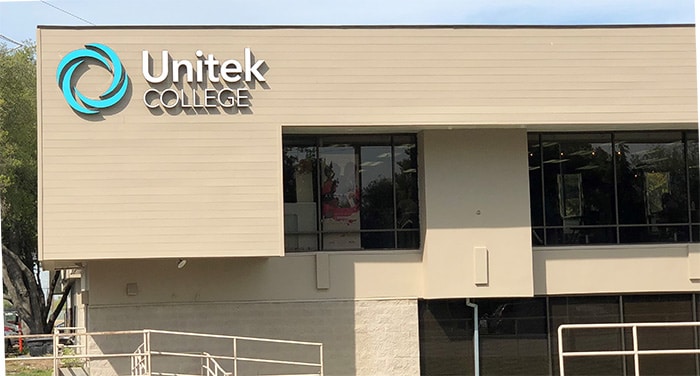