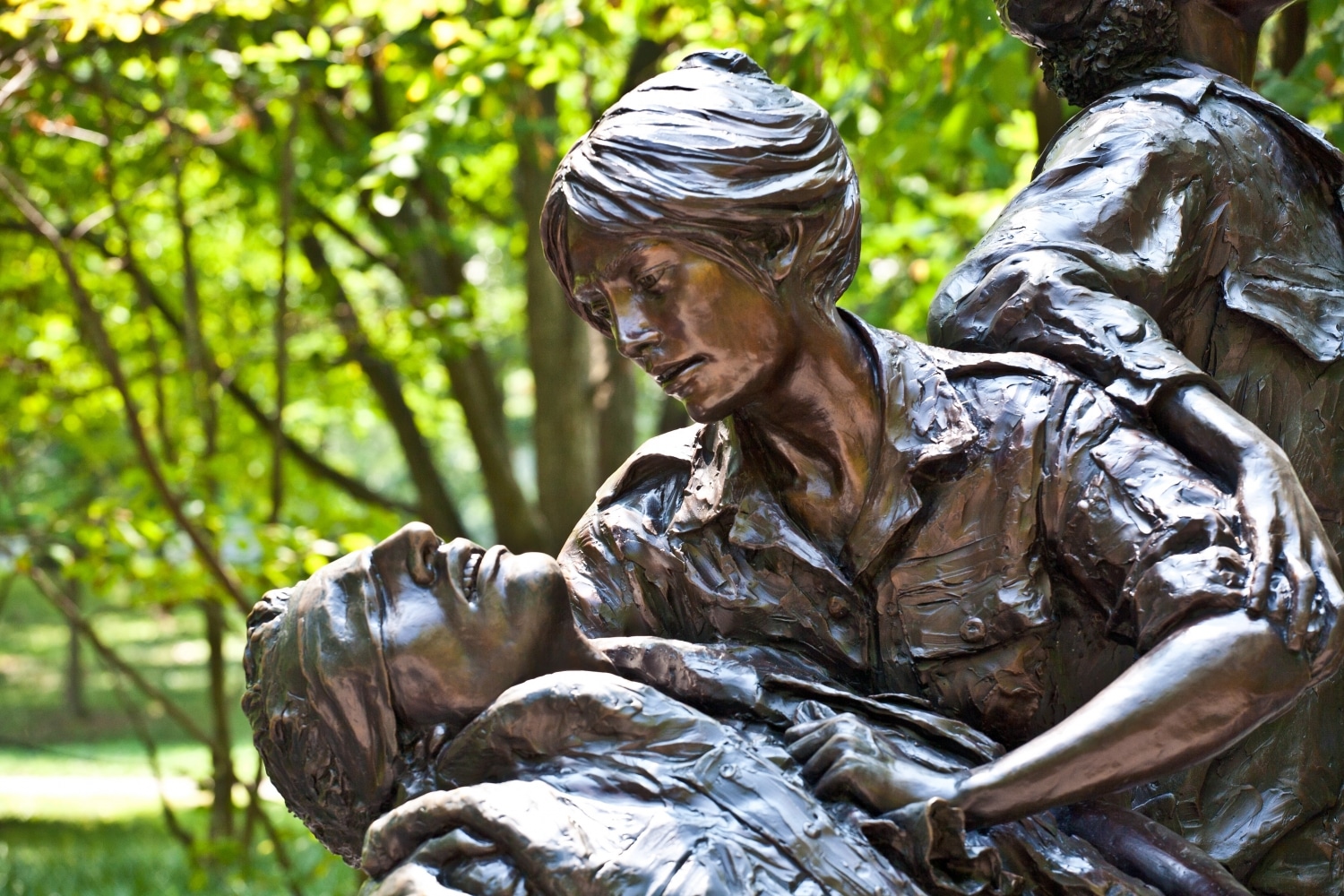 Next week, the nation celebrates Memorial Day—the day in which we remember those who gave their lives protecting our country. It’s a holiday that hits close to home for most Americans, as nearly all of us are connected in some way to someone who made the ultimate sacrifice.

Throughout history, we’ve seen heroes of all shapes and sizes. Many carried rifles and wore uniforms, but others marched into battle carrying cloth bandages and wearing scrubs. They weren’t there to fight an enemy, but to save as many of their fellow Americans as they could.

Since the 1700’s, America’s nurses have been a fixture on the battlefield. They first appeared in 1775 as part of George Washington’s Continental Army, where one nurse was assigned per ten patients, and she was paid a salary of $2 a month.

Nurses continued to serve in the Civil War and the Spanish-American War, but it wasn’t until 1901 that the U.S. Government formally added nurses to the military—the Army Nurse Corps.

Since then, military nurses became as standard in war as soldiers and tanks. 10,000 crossed the Atlantic to serve in World War I.  Over 59,000 served in World War II—the bloodiest and most violent armed conflict in history. In Vietnam, 90% of the 11,000 women involved in the war were nurses, and nearly all of them volunteers.

Even the classic action figure G.I. Joe recognized the importance of these women, releasing a special figurine to represent them. The box read “Among the American heroes serving in Vietnam were soldiers whose mission it was not to fight, but instead to comfort and heal. They served as flight nurses, in hospitals throughout Vietnam, and on board the hospital ships USS Repose and Sanctuary.”

A teacher who had served in Vietnam as a soldier, after asking his students who they thought had the toughest job in the war, always corrected them. He said “not one of them had the same answer I did. I told them I thought it was being a nurse.”

“I felt the women’s monument should be closer to the [Vietnam Memorial] Wall,” one veteran nurse remarked after the memorial was built, “because these women were the last people those guys saw or talked to before they died.”

Today, men and women continue to support the armed forces as nurses—both abroad and back home. While many still serve overseas in areas of combat or in international military bases, others focus on treating veterans of past wars here in the states. Those responsibilities include treating post-war trauma, dressing wounds, and enhancing morale in addition to standard nurse duties.

This Memorial Day, as we celebrate those who risked everything for us, don’t forget to include military nurses in your remembrances. Their skill and bravery in doing their jobs made it possible for soldiers to do theirs, and their dedication brought thousands home who otherwise would never have returned.

The world needs more nurses, and you could be one of them! Contact Unitek College today to find out how to begin your journey towards a new career in healthcare as a nurse or medical assistant.