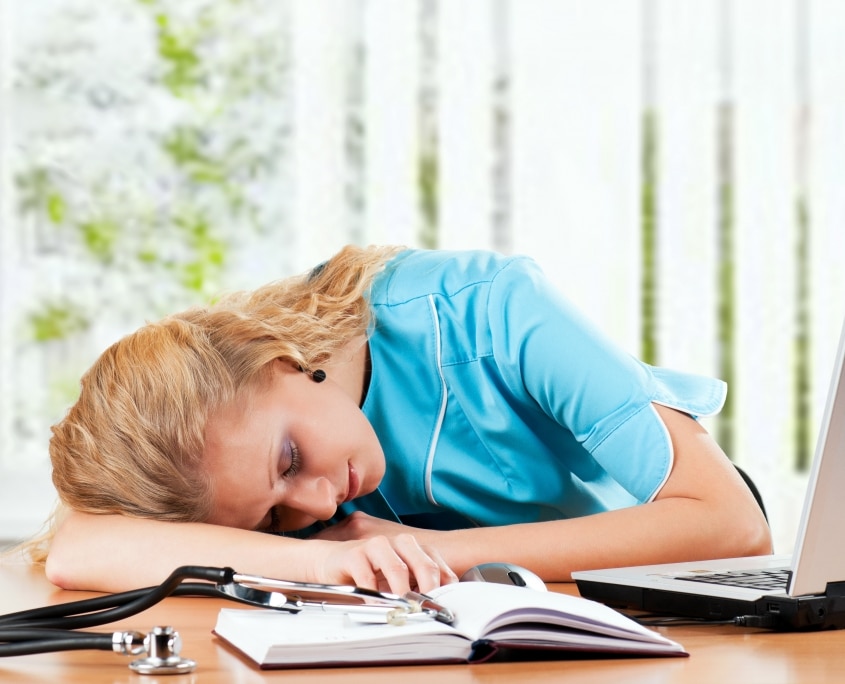 Burning the Midnight Oil Could Literally Be Killing You

For some of us, getting up at the crack of dawn is easy… it’s in our nature. We like an earlier bedtime and getting an early start on the next day. But for others, time spent sleeping is time that could be spent doing hundreds of other things—socializing, studying, catching up on the latest Netflix series, or just enjoying nightlife. Of the two chronotypes, though, one is at increased risk of health problems… and it’s not the morning people.

Sure, it may feel like you’re just being a hard worker by staying up until 4am studying for that next phlebotomy exam, but new research suggests that making those late nights a habit could do some serious damage to your body.

The study followed 430,000 individuals, tracking their sleeping patterns against their overall health, and the results were stunning. Not only did the night owls have a higher risk of developing diabetes, psychological disorders, gastrointestinal issues, and neurological disorders, but overall, those burning the midnight oil are ten percent more likely to die early than those who are early to bed, early to rise.

(It’s probably also worth mentioning that the late-night cramming sessions don’t actually do you any favors.)

“What we think might be happening is, there’s a problem for the night owl who’s trying to live in the morning lark world,” says Kristen Knutson, who lead the study. “This mismatch between their internal clock and their external world could lead to problems for their health over the long run, especially if their schedule is irregular.”

The issue, researchers believe, comes down to our biological clocks—the mechanism that regulates our body over a 24-hour period. Our “clocks” are programmed to respond to light—sleep when it’s dark, rise when it’s light—and when we knock that clock out of sync (sleeping during the day, for example), our bodies suffer consequences.

“It could be psychological stress, eating at the wrong time for their body, not exercising enough, not sleeping enough, being awake at night by yourself, maybe drug or alcohol use,” explains Knutson. “There [is] a whole variety of unhealthy behaviors related to being up late in the dark by yourself.”

Even if work or genetics keeps someone up past a “normal” bedtime, Knutson suggests that these people can still benefit from a regular bedtime and plenty of sleep, plus a deliberate focus on maintaining a healthy lifestyle—getting plenty of exercise, eating right, and not abusing alcohol or drugs.

Researchers also stressed the need to find a job that fits your natural rhythm. If you’re a natural night owl, then the hospital night shift could be a great fit for you—provided you’re still able to get enough sleep during the day.

“I want to emphasize the gradual aspect. You can’t suddenly tonight just go to bed three hours earlier. It’s not going to work,” Knutson said. “You also need to really avoid light at night, including your smartphone and your tablets,” she added. “That not only makes it hard to fall asleep; it’s also a signal to your clock to start being later again.”

For nurses, getting enough sleep can be a particularly difficult challenge. Nurses face long work shifts, odd hours, and just because it’s 2am doesn’t mean people stop having medical emergencies. And for those working night shifts, it can be very tempting to give up sleep during the day in favor of spending more time with family, doing chores, getting out of the house, or even doing extra work on the side.

The important thing is to make sure that you’re not just taking care of your patients and family—you’re also taking care of yourself. Don’t sacrifice sleep, and keep to as regular a rhythm as you can. That regular shuteye doesn’t just go a long way towards a healthier life, we now know it can mean a longer life as well.

Interested in beginning your own career in nursing? Contact Unitek College today for more information on our nursing, medical assistant, or dental assistant programs.