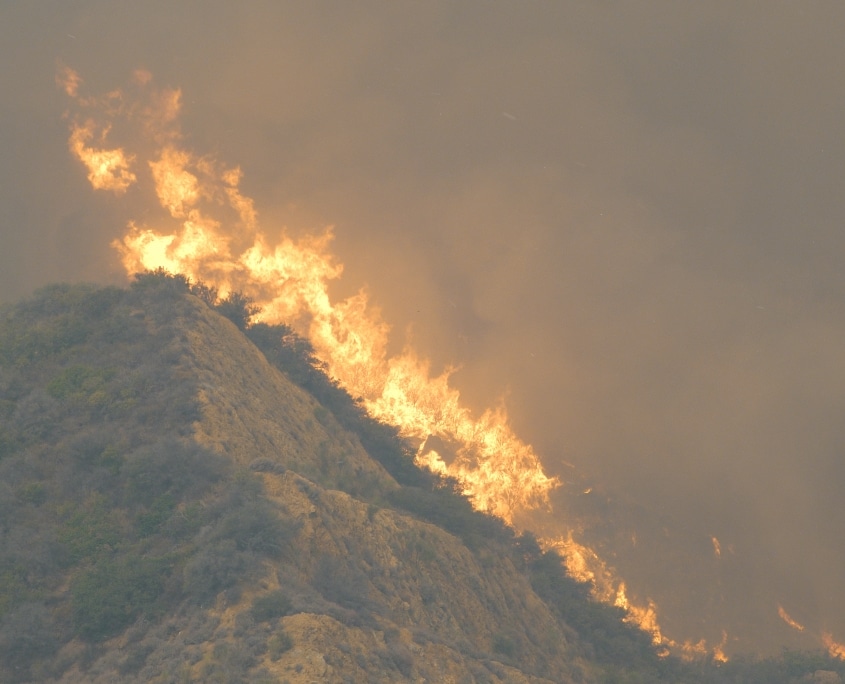 These days, it’s almost impossible not to think about the fires sweeping across California. For many, the fires are literally impossible to ignore, as homes are destroyed and air quality drops into dangerous levels. The stories pouring out of the state are ones of shock and tragedy, and CNN reports the current death toll as over 76.

But among the tragedies are other stories—stories of bravery and self-sacrifice. At the center of one of those stories (as is often the case) is a nurse, Allyn Pierce.

Nurse Pierce manages the ICU at Adventist Health in Paradise, California, one of the many town’s in the wildfires’ path. As the flames drew closer, Allyn and his team were given the green light to begin evacuating, which they accomplished as quickly as possible. But even with their speed, the fire had already drawn to a dangerous proximity, and when Allyn jumped into his Toyota pickup to head for safety, he ran into trouble.

As flames swallowed the greenery on either side of the highway, Allyn and the drivers around him ran into gridlock. Cars and trucks on either side of him began bursting into flame as the drivers leapt out and ran for safety. Certain that he was next, Allyn recorded a video for his family, saying goodbye and promising that he’d done what he could to try and escape.

Just then, a bulldozer appeared out of the smoke, shoving a burning truck out of the way and giving Allyn space to finally maneuver. He freed himself from the gridlock, then did something completely unexpected. Rather than race for safety, Allyn turned around and headed back into Paradise. Having seen the dangerous situation first hand, he knew there would be others behind him in need, and he didn’t want to leave without him.

Back at the evacuated Paradise hospital, Allyn found that many scared and injured people had flocked to the building looking for help. And like Allyn, several other doctors and nurses had returned to the hospital. They quickly set up a triage unit and began treating patients, even as the world burned around them. For supplies, they broke into the locked hospital, bringing out gurneys, bandages, and oxygen tanks.

“Now all of us are like, ‘oh, this is what we do’,” recalls Allyn. “We’re terrible at burning to death, but we’re amazing at taking care of people.”

The fire pressed closer, and Allyn and his team of volunteers moved their patients to the helipad, where help soon arrived. Thanks to their efforts, every patient and every medical professional escaped the blaze.

Through it all, Nurse Pierce remained humble, telling reporters later “This is what we do. Any nurse, any healthcare worker, any cop, they were there and they all did their jobs.”

But despite his humility, recognition and thanks have continued to pour in for Allyn and the volunteers, including one very generous “thank you” from the Toyota Motor Company.

After posting his story online, including a photo of his beloved and mostly melted Toyota pickup, Toyota reached out to Allyn with the gift of a brand new truck.

“We are humbled you’d risk your life and your Toyota Tundra to drive people to safety,” the company tweeted from their Toyota USA account. “Don’t worry about your truck, we’re honored to get you a new one!”

The California fires may be an inescapable shadow these days, but stories such as Allyn’s are a brilliant reminder of the indominable human spirit… and the indominable spirit of nurses everywhere.

To Allyn and every other doctor, nurse, and first responder fighting the good fight against the California fires, hang in there. We can’t thank you enough!

If you’re interested in beginning your own career as a nurse or medical assistant, contact Unitek College today to start your journey. And if you’d like to donate to those in the path of the California wildfires, visit the Red Cross website for more information.