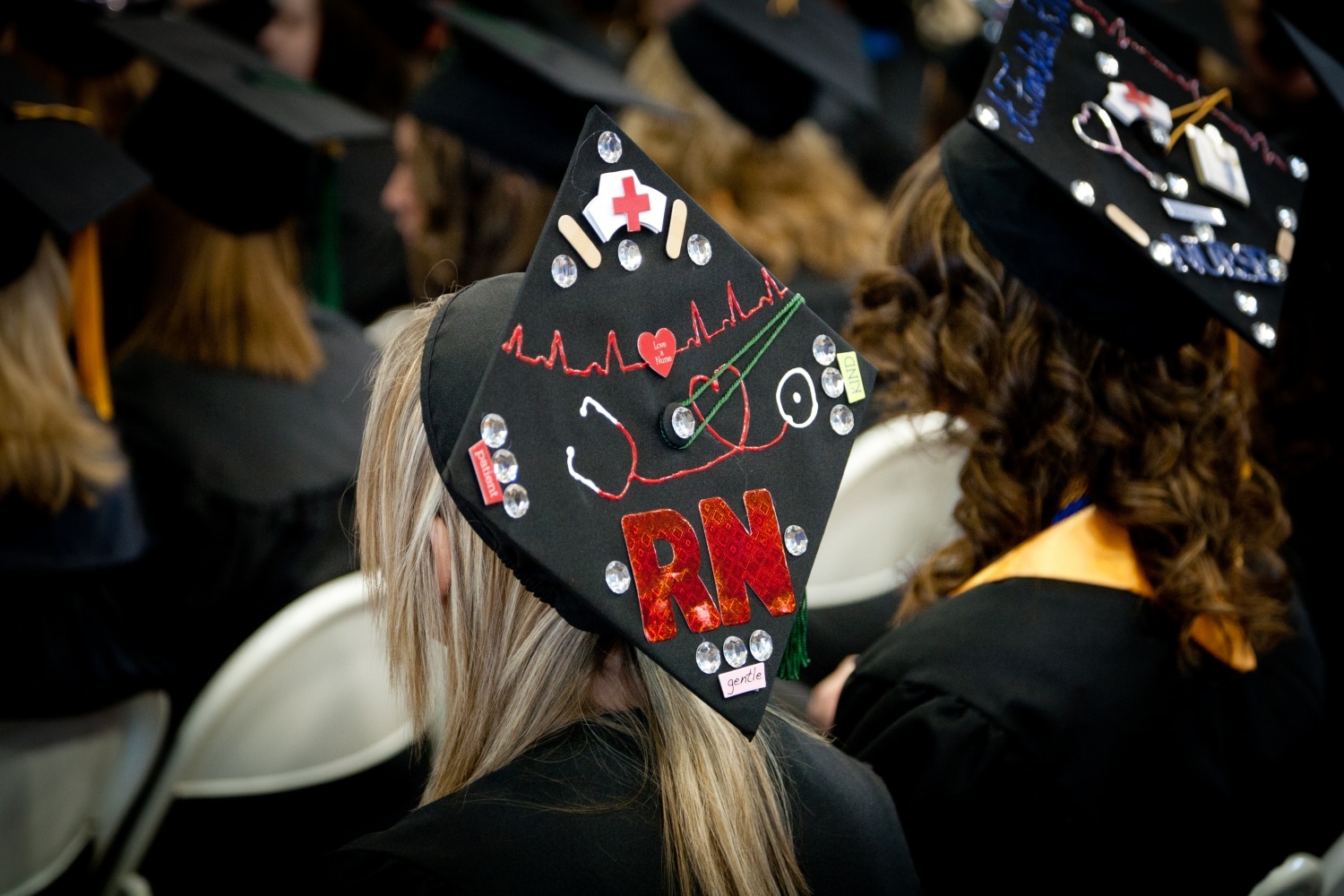 Julie Harless’s story is one that could have simply been sad and tragic. But Julie spends her days surrounded by nurses, and nurses have a way of turning the tables on tragedy.

A fifty-year-old nurse’s assistant, Julie had finally decided to take the leap and become a nurse herself. For nearly two decades, Julie had worked hand in hand with nurses, and her dream was to one day wear the pin herself. Finally, in 2017, she decided to do something about it.

She enrolled in a local nursing school and began her classes, well on track to achieving her dream. But what came next shocked everyone.

The diagnosis was cancer, and it was anything but benign. Her doctors informed her that she had stage 4 lung and ovarian cancer, as well as cancer in her hip and tailbone. As to be expected with such a serious diagnosis, her condition quickly deteriorated.

The terminal diagnosis was bad enough, but for Julie, the news was doubly bad. Her nursing school graduation would have taken place in 2020, but her doctors doubted she would live that long. She’d waited decades to call herself a nurse, and now it looked as though she’d started towards her dream too late.

That’s when her classmates decided to step in.

“Julie kept saying, ‘Well, all this hard work I’ve done is for nothing.’ We wanted her to know it was worth it,” Robinson said.

So last week, nearly 100 of her friends, family, co-workers, and fellow nursing school students crowded into the halls of Our Lady of Belafonte Hospital, where they surprised Julie with her own pinning ceremony.

“She’s the epitome of what a nurse should be,” clinical instructor Lynn Hill said. “I hope (her classmates) take just a little bit of Julie and strive to become what Julie is.”

Julie’s sister Barb (also a student in the nursing school) has plans to take Lynn’s advice literally and says she’ll wear Julie’s pin during her own 2020 graduation ceremony, as a way of making sure part of Julie still walks across the graduation stage.

Other members of her family were touched and amazed by the outpouring of support, but none were shocked at the impact Julie has had on those around her.

“It was amazing,” said her son, Jordan. “She wanted to be an inspiration to other people to not give up, to keep fighting. She’s a very strong and amazing person.”

As a nurse’s assistant, Julie touched thousands of lives. As a nursing school student, she touched even more. And if this past week is any indication, her example and spirit will live on for decades more in the work of brothers and sisters in scrubs.

If you’re interested in achieving your own dream of becoming a nurse, Unitek College would love to help make that a reality! Contact us today for more information on our many available programs.