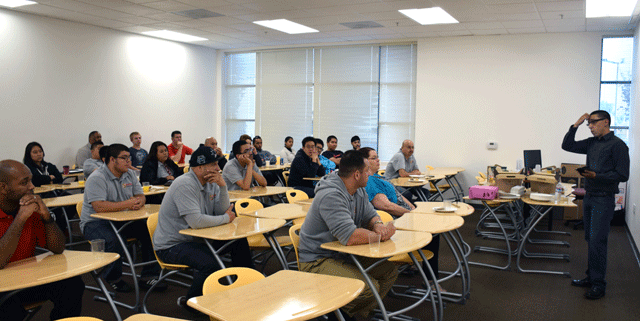 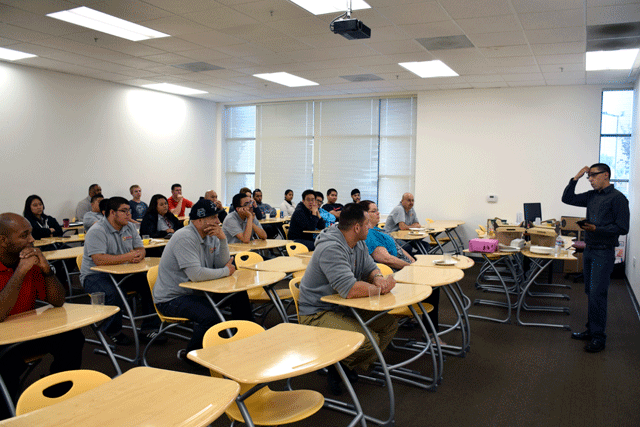 Over the course of a year, Ysmael Adam Mejia transitioned from clocking monotonous hours at car dealerships to tackling new and different challenges each day as a Data Center Technician at Apple. In ten years, Adam fully expects to own his own network security company. He’s been offered every job that he has interviewed for since enrolling in Unitek College’s 9-month Information Technology Certificate Program. Adam’s secret for success? Unyielding dedication and the interview skills he honed with the help of Unitek College’s Career Services Department.

Frustrated with his current job, Adam began seeking new opportunities that would satisfy him in a way that the automotive industry simply couldn’t. His interest in computers and technology presented a viable option for a future career. But with no experience in the field, Adam knew he’d need to explore all available options for higher education. He researched schools, keeping an eye on class sizes while weighing the degrees and certifications offered by each program. Over 9 months, Unitek College’s would provide him with the tools to take seven certification exams; if he passed them all, his certifications would help convince future employers of his abilities. Adam enrolled in April of 2014, in search of an engaging, mentally challenging new career. 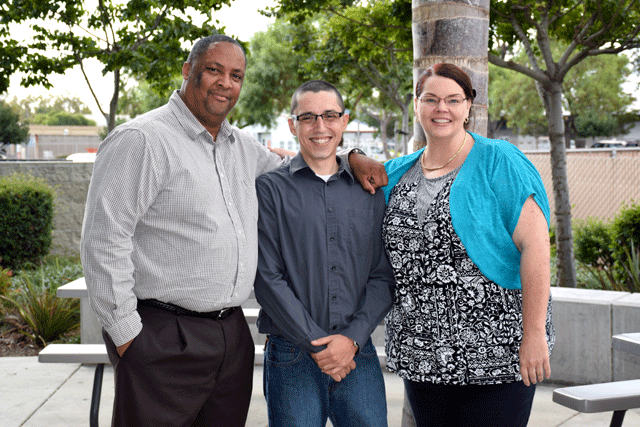 Adam’s dedication to both the program and his future career in IT proved to be tireless. He continued to work at a dealership during the day, attending class each night until as late as 10:30 PM. This left little time for homework, personal time, and sleep. Instead of falling behind or feeling frustrated with his lack of free time, Adam devised a way to work smarter, not harder. He began scheduling out his week ahead of time with the help of his phone’s alarm clock: different sounds signaled it was time to start his homework, grab a snack, or throw in a load of laundry. He found himself pulling ahead—reviewing skills before they were taught in class—so that class time itself was more productive use of his time.

Conveniently, Adam’s Career Services assignments included a duration estimate at the top of each handout. Despite his heavy load of school work and full-time job, Adam always made time to complete his Career Services assignments, which focused on industry research, resume writing, and interview best practices. Three months into Unitek College’s program, Adam was offered an interview with a local gaming computer company. Career Services made the connection, but Adam’s initiative and skills were apparent to the hiring manager. Adam spent time making sure his resume highlighted his skills and the certifications he’d already earned. His assignments taught him how to research companies and ask relevant questions during an interview, so he was ready for anything his interviewer could throw at him. His preparation paid off—he received a job offer and left the automotive industry behind.

Preparation breeds confidence. Adam was always hungry for a challenge, but Career Services helped to ensure that Adam could convey his desire to learn and grow in the IT industry to future employers. Because he walked in ready to convey his skills and experience, Adam was confident that he could earn any position. After his first job in IT, Adam earned positions in both research and live environments for VCE and Groupon. After graduating from Unitek College’s IT Certificate Program, Adam leveraged his education, experience, and the connections he had made working in IT over the past year into a position at Apple. He was able to get his carefully-crafted resume in front of the right people and aced his interview by asking relevant, insightful questions.

During his time at Unitek College, Adam studied how to troubleshoot network issues and deploy new equipment, but he also learned how to market himself as a valuable asset to any company. Adam’s time management strategies didn’t just help him stay on track at school—they helped prepare him for a career in IT. Adam recently came back to speak with Unitek College’s current IT students and shared the following advice about interviewing:

“I am engaging. I ask pertinent questions. I have a firm understanding of [a] company’s goals, work culture, accomplishments, as well as an understanding of their competition. This shows my desire to be part of their team. It shows initiative. […] The classrooms will give you the knowledge to do the job, [but] Career Services will give you the knowledge to get the job.”

Adam doesn’t need to worry during an interview; he is confident in his training and in his methods of preparation, which will continue to serve him well. You can read more about Unitek College’s Information Technology program by following this link: https://www.unitekcollege.edu/programs/information-technology