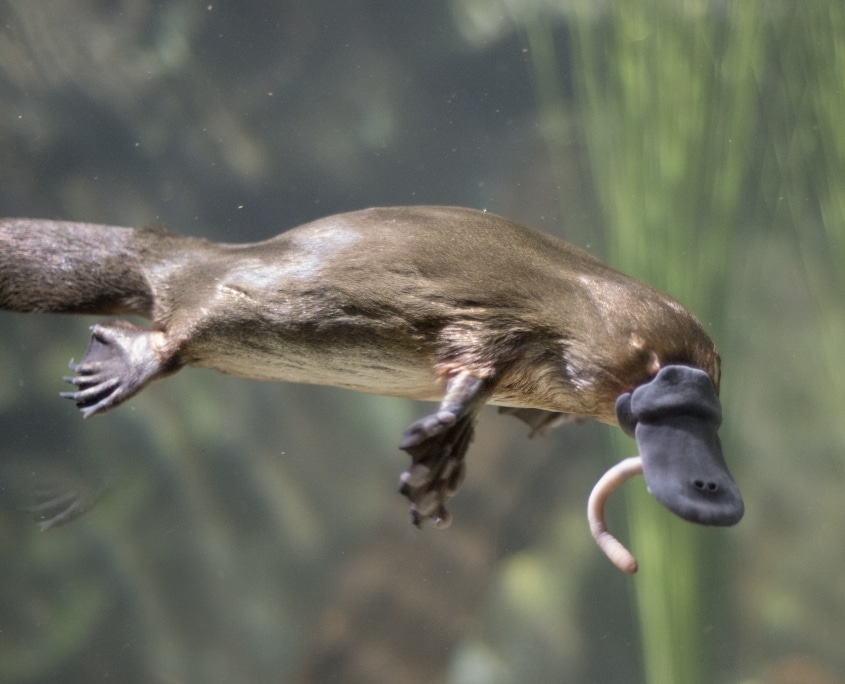 The Key to Fighting Superbugs Might Be Milk… Platypus Milk

The platypus—the name alone says “bizarre”, not to mention how the animal actually looks. Take an otter, give it a beaver tail, poisonous feet, the ability to lay eggs, and a duck bill, and you’ve got the platypus—an animal so strange that early naturalists thought it might be a hoax. And believe it or not, but this strange creature might just hold the key to defeating antibiotic resistance.

“Platypus are such weird animals that it would make sense for them to have weird biochemistry,” says CSIRO scientist and lead author on the research, Dr. Janet Newman. “The platypus belongs to the monotreme family, a small group of mammals that lay eggs and produce milk to feed their young. By taking a closer look at their milk, we’ve characterized a new protein that has unique antibacterial properties with the potential to save lives.”

The secret of the milk appears to be in how it’s given to the animal’s babies. Since the platypus doesn’t have teats, they “sweat” milk onto their stomachs—essentially creating a dish from which the young can lap up dinner. The problem is, this approach exposes the milk to outside contaminants, so it requires an extra ingredient to keep it safe for young mouths.

So if that secret ingredient can protect a baby platypus from bacteria, researchers asked themselves, could it also protect humans? The answer looks very promising.

The milk’s ability to defeat bacteria appears to lie in a unique protein, one researchers have dubbed “Shirley Temple” after it’s unusual ringlet shape. This shape (according to their hypothesis) would most likely function differently than our current antibiotics, allowing it to attack and kill bacteria that other drugs can’t.

There’s still plenty of work to be done—synthesizing, testing, re-testing, animal trials, human trials, etc.—but every advance towards the end of superbugs is something to be excited about.

Antibiotic resistant “superbugs” were declared an international health crisis by the UN in recent years, with the UN Secretary-General Ban Ki-moon warning that the bugs pose “a fundamental, long-term threat to human health, sustainable food production and development.”

“Let me give just a few, sobering examples,” he continued. “More than 200,000 newborn children are estimated to die each year from infections that do not respond to available antibiotics. An epidemic of multidrug-resistant typhoid is now sweeping across parts of Africa, being spread through water. Resistance to HIV/AIDS drugs is on the rise. Extensively drug-resistant tuberculosis has been identified in 105 countries. And resistance to antimalarial medicines is an urgent public health concern in the Greater Mekong sub-region.”

In other words, the threat isn’t looming in the future, it’s already here. And the research into platypus milk as well as other antibacterial possibilities is something that all of us in the healthcare industry should be paying very close attention to.