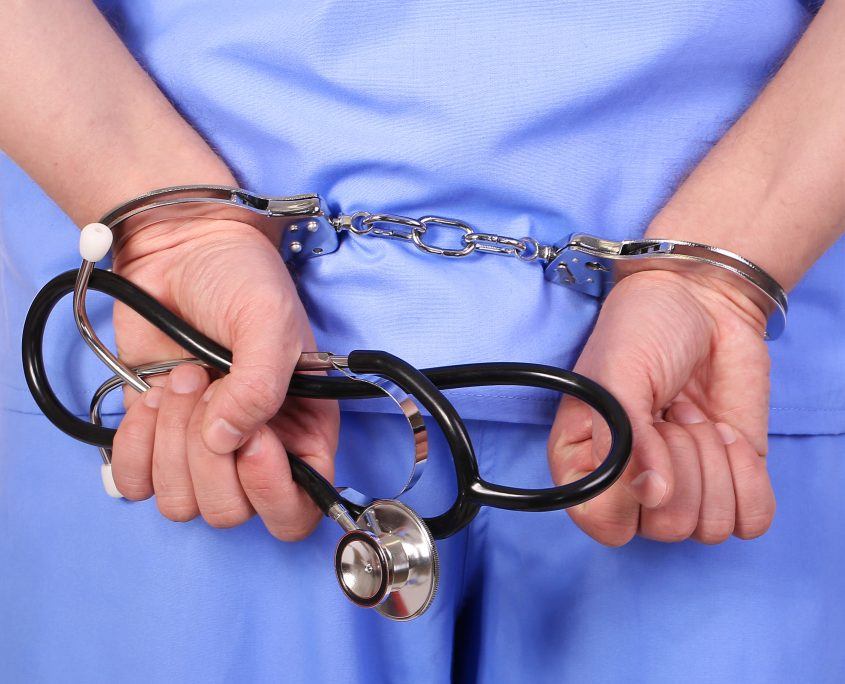 Protecting Your Patient: What We Learned From Nurse Alex Wubbels

It’s a video that swept across the social media pages of nurses and non-nurses alike: a Utah nurse roughly put in handcuffs and arrested for refusing to follow the orders of a police officer. And not only is the story sparking outrage nationwide, it’s also highlighting just how important it is for nurses to know both the law and their hospital policies.

The issue began in July, after a driver fleeing from police crossed into oncoming traffic and caused a major collision. The driver was killed in the crash, but fortunately, the other man (a truck driver and part-time police officer) managed to survive. He was rushed to the University of Utah Hospital in Salt Lake City, where Nurse Alex Wubbels (a former Olympic skier) was assigned to him.

This, however, was when Alex’s situation took a turn for the frightening.  John Payne, a police detective, arrived at the hospital shortly after the injured driver, requesting a sample of the motorist’s blood to be analyzed at the crime lab. But the patient was still unconscious and couldn’t give his consent. Payne ordered that the sample be drawn regardless, and that’s where Nurse Wubbels drew the line.

“The patient can’t consent,” she says to a person on the phone in the released video of the incident. “And he’s told me repeatedly that he doesn’t have a warrant. And the patient is not under arrest. So I’m just trying to do what I’m supposed to do, that’s all.”

Soon after in the video, Payne goes on the offensive, accusing Wubbels of interfering with an investigation. She repeatedly attempts to explain the hospital policy to him, but his responses grow more and more agitated.

“I either go away with blood in vials or body in tow,” Payne can be heard saying.

Wubbels, crying for help, was put in handcuffs and led away—an action that Wubbels and her attorney now say amounts to assault. While she was soon released and allowed to physically recover, Wubbels doesn’t consider the matter resolved. She tells the Salt Lake City Tribune that she’s “heard anecdotally of other health care workers being bullied and harassed by police, and that these videos prove that there is a problem.”

“I can’t sit on this video and not attempt to speak out both to re-educate and inform,” she said. Police agencies “need to be having conversations about what is appropriate intervention.”

The incident is currently being investigated, though the Salt Lake City Mayor’s office has already issued an apology, but what happened to Nurse Wubbels shines a spotlight on the need for all nurses to be aware of their hospital policies.

“If you choose not to follow hospital policy — say, for instance, you drew the labs on the request of the detective, without a court order or patient consent, and on a patient that wasn’t under arrest — you open yourself up to many potential legal ramifications,” writes Dr. Jennifer Mensik for Nurse.com.

She also points out that Alex Wubbels stood up—not just for hospital legal policy—but also for the American Nurses Association Code of Ethics. Two parts of the code, she points out, were at stake. Provision 1.4, which requires all patient decisions to be voluntary , and Provision 2.1, which says that a nurse’s primary commitment is to her patient.

“The nurse stood up valiantly for her patient when the patient could not speak for himself,” concludes Mensik.

While we always hope that issues like those Nurse Wubbels faced never happen again, it’s still always best to be prepared to face them. So familiarize yourself with the American Nurses Code of Ethics, and your hospital or clinic’s policies, and never hesitate to reach out to your superiors or your workplace’s legal department if you ever question something you’ve been asked to do.

For more information on beginning your career as a nurse or medical assistant, contact Unitek College today.