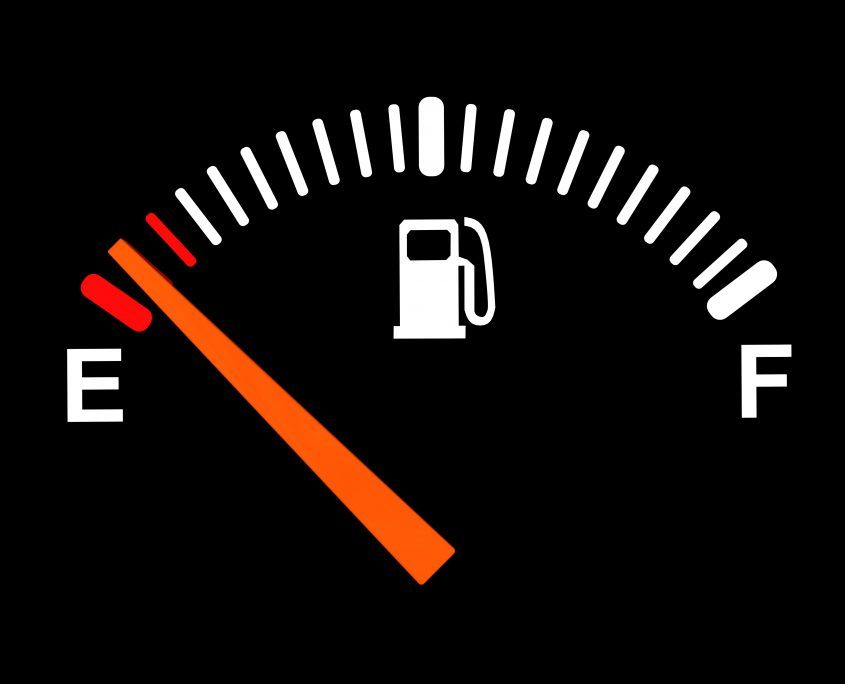 Nurses can make unforgettable differences in other people’s lives, but even nurses need a helping hand sometimes, and in those stories, it’s the nurse that experiences something unforgettable.

TunDe Hector is an aide who’s in the process of finishing her nursing degree, but her path to graduation hasn’t an easy one. Financial hardships were hitting fast, and she was struggling just to keep gas in her car. Such was the case on a rainy Georgia afternoon when her car ran out of gas on the side of the road. While walking through the rain, she was passed by a young family on their way to church. The driver, Chris Wright, spotted her and felt compelled to stop.

He turned the car around and offered her a ride to the nearest gas station, then filled her gas can and drove her back to her car. But the kindness didn’t end there.

“I was being tugged on the inside again and felt the Lord said, ‘Whatever you have in your pocket just give it to her. She needs that,'” Wright said. “I gave her the $40 and she cried and I didn’t know if I’d ever see her again. But I felt like it was what I was led to do at that point.”

They waved goodbye and parted ways. But their story was far from over.

Three years later, Chris and his family were dealing with a hardship of their own. Chris’s mother (Judy) was diagnosed with Parkinson ’s disease and her failing health landed her in the hospital. When she was finally released to be taken home, Chris and the family decided it was time to hire a nursing aide.

The choice, it turned out, was much easier than Chris had anticipated. One particular aide went the extra mile for Judy, showing up without being scheduled and providing excellent care for his mother. She was a natural for the job, but first, Chris wanted a chance to meet her.

“My dad called me after she leaves and said, ‘Hey, I got a lady that we need to use because for whatever it is, there’s something different about her that I feel better when she’s in the house and your mom loves her as well,'” Chris Wright told ABC News. “And I said, ‘Oh, great.’ I texted her and set up a time for her and I to meet to talk about the times she can care for her and what we wanted to have done.”

The woman who showed up, as you may have guessed, turned out to be none other than TunDe Hector herself. The two didn’t recognize each other at first, as their only brief meeting had been three years prior and in the rain. But the experience was one that had stuck with TunDe, and during the interview, she began to share the story of a man who’d stopped to help her in the rain, and the life-changing effect that gesture had had on her life. It was then that Chris realized who she was.

“I just looked at her and I said, ‘TunDe, that was me.’ And we both just start crying. And she said, take your hat off. And so I took my hat off and she said, ‘It was you.’ And we both, we just cried and had a moment right there,” Chris Wright said.

TunDe was given the job, and cared for Judy right up until the day she died. The family then decided that instead of flowers, they asked that anyone wanting to memorialize their mother do so by making donations to a fund that would be used to help TunDe complete nursing school. They’d hoped to raise $1,000 for her tuition costs… and instead raised over $20,000.

You can watch the heartfelt moment when the family presented TunDe here check by clicking here. But we warn you… keep the tissues handy.

We know nurses change lives for the better on a daily basis. But it’s always nice to be reminded that there are grateful people out there just waiting to return the favor.

If you’d like more information on beginning your own career in nursing, check out the many programs available at Unitek College by clicking here.