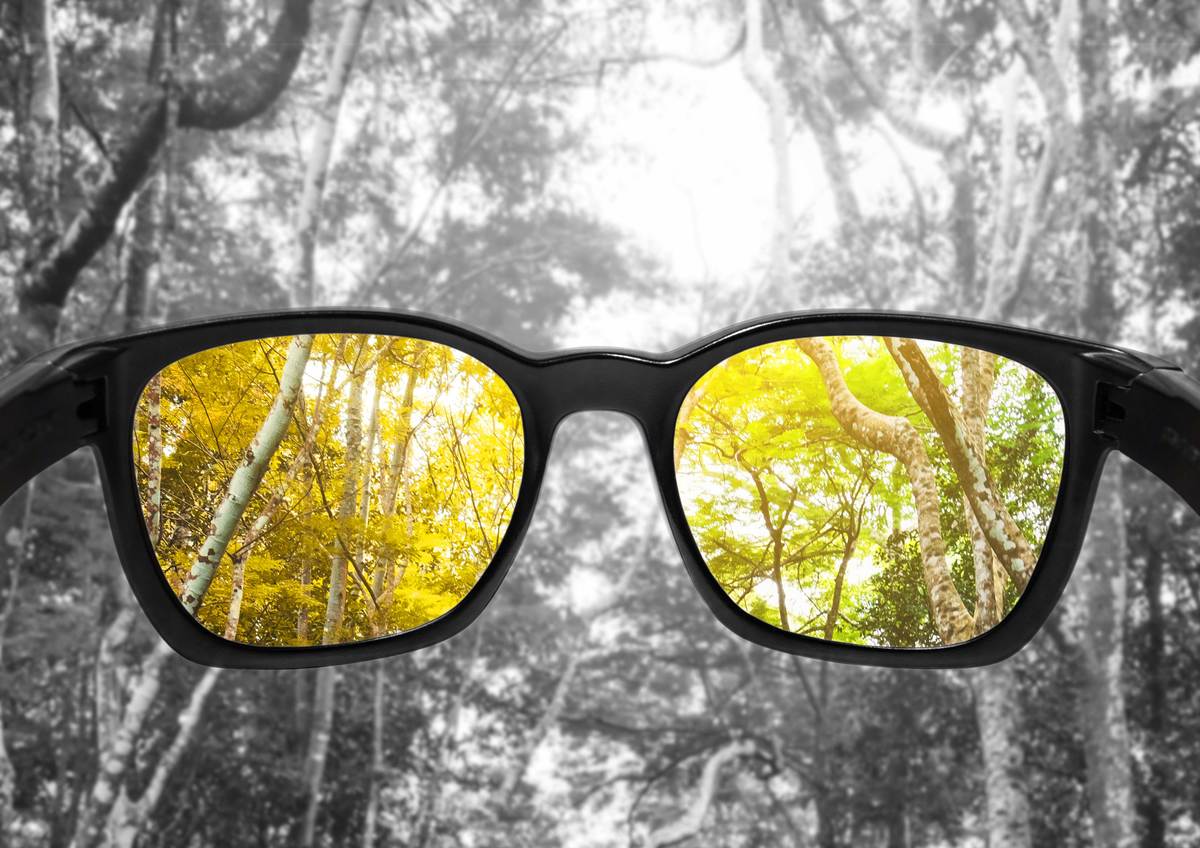 If you’re on any form of social media, chances are you’ve seen one of the heartwarming videos capturing the moment when a colorblind friend or family member puts on a pair of magic glasses and can suddenly see the world in color. If you haven’t seen one of these videos, grab some tissues (they’re tearjerkers) and take your pick: two colorblind brothers overwhelmed by a full color world, a colorblind grandfather given the gift of full sight, a 10-year old boy who gets the birthday gift of a lifetime, and many more like them.

The individual stories and reactions are amazing, and we could easily spend all day focusing on just those, but there’s another medical aspect to the stories that deserves some attention as well-why and how these “magic glasses” work.

The creation of the color-correcting glasses was actually a happy accident. In 2005, Don McPherson (a glassware specialist) was working on protective sunglasses for laser surgeons-glasses that would both protect the surgeon from the brilliance of the laser while still allowing them to tell the difference between blood and tissue. To accomplish this, he used a rare earth iron in the glass, an element that absorbed the light, boosted the color saturation of the wearer, and had one unintended side effect.

While playing ultimate Frisbee one afternoon, a friend (Michael Angell) asked to borrow the custom pair of sunglasses McPherson was wearing. But the moment Michael (who is colorblind) put on the glasses, he was shocked and pleasantly surprised to suddenly be seeing a world of color. It was then that McPherson realized the potential of what he’d created.

The way the glass works is fascinating. In every human eye, there are three photopigments (cones) that are each sensitive to a unique color-blue, red, or green. As photons from light hit the cones, they translate that information into color. Blue cones operate independently, but the red and green cones often overlap in their duties… for example, if an equal amount of photons hit the red and green cones simultaneously, we see yellow. If they land primarily on the green instead of the red, we see a more greenish hue. (There’s also a 4th type of non-functioning cone found in a small percentage of women that, if activated, would allow them to see 100 million colors rather than the one million most people see).

Colorblindness occurs when the red and green cones overlap too much (the cause of colorblindness in 99% of cases). It’s as if the cones can’t decide between each other what color to send to the brain, so they choose “nothing”. McPherson’s glasses add a “band of absorption”, essentially forcing the light photons to separate further, preventing overlap issues between the cones.

The glasses aren’t perfect, but they’re an amazing leap forward for those struggling with colorblindness. Some rare cases, like those where a person is completely missing a set of cones, can’t be helped. But the technology is on the move, new types are being turned out, indoor glasses in the process of being developed, and some doctors are hoping to use the glasses to prevent the progression of colorblindness in children.

The medical science is fascinating, the results are incredible, and if you need us, we’ll be watching more of those Youtube videos for the next hour. Please pass the tissues.

For more information on starting your own career in the medical field, contact Unitek College here to find out how you can begin working towards your nursing degree now!