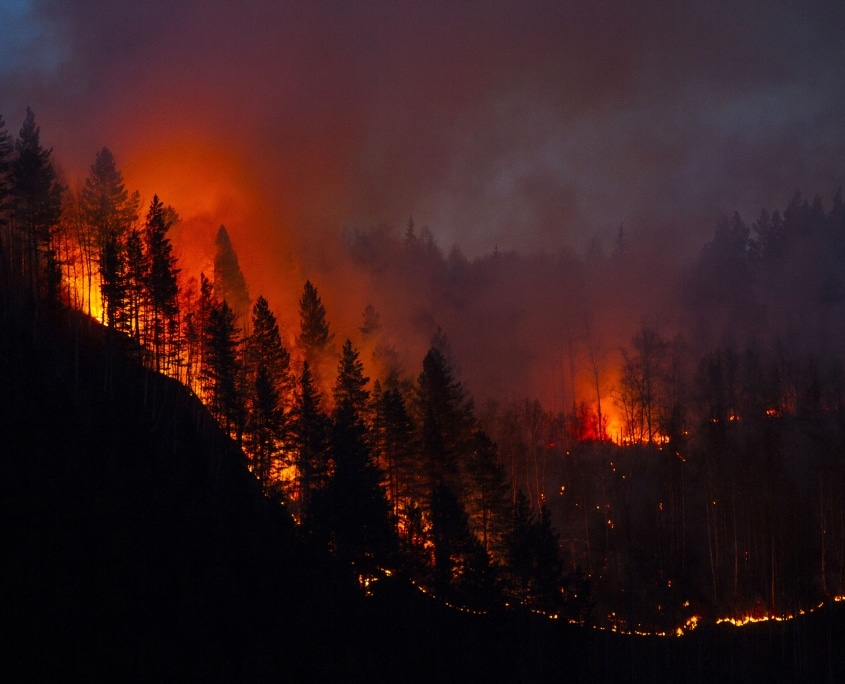 In Harm’s Way: Nurses Fight Back Against California Wildfires

California is no stranger to wildfires, but this year has been tougher than most. October saw over $9 billion in damage to Northern California as fire raged over 245,000 acres, and this month’s wildfires in Southern California are keeping pace. As of today, over 181,000 acres have been consumed, with over 210,000 residents forced from their homes. A state of emergency was recently declared for the entire state, and the fire is now considered the fifth worst in the state’s history.

And as is the case in nearly all emergencies, nurses are at the center of the chaos—treating existing patients and new fire victims even as flames threaten their own homes and hospitals. Nurses such as Julayne Smithson, a 55-year old ICU nurse in Santa Rosa, who was working the overnight shift when the fires arrived.

Julayne was so busy with her patients that she’d paid little attention to the fire’s location, and was completely caught off guard by how close the flames had gotten. “One of the nurses came up to me and she said, ‘Julayne, I’m sorry, but your house is not going to make it,'” Julayne recounts. She’d only purchased the house in the past weeks, and hadn’t finalized the insurance arrangements yet.

With only minutes to spare, Julayne rushed home to save what she could. Faced with a crucial decision, she ultimately decided to save those few things with which she could make the biggest difference: her nursing supplies. She escaped with her scrubs, her nursing documents, and a nightgown. A short time later, she was back at work in the ICU as her neighborhood burned. But the fire wasn’t finished with her yet. Two hours later, the fire suddenly changed direction, and the hospital was ordered to evacuate.

“A lot of nurses and staff were putting patients in their cars and driving them to the hospital,” Julayne told NPR. “And then other people were carrying people on blankets, people who couldn’t walk, and putting them in cars.”

(For more information on the Santa Rosa hospital, check out this video by NBC News.)

But even the hospitals untouched by fires have been impacted. Doctors and nurses across the area have not only taken responsibility for evacuated patients, but have seen a significant number of fire-related injuries and conditions come through their doors as well—particularly asthma and other lung or breathing problems caused by smoke and air pollution. Air purifiers and “closed door” policies are now in place at many hospitals, in an attempt to keep the air inside as pure as possible, and the evolving situation has caused staff shortages in some areas.

One hospital was even forced to rely on generator power after the fires caused blackouts.

“Santa Paula Hospital, which is just miles from the original start point for the Thomas fire, remained opened throughout the evolving disaster, in large part due to the courage and coordination of the hospital staff and efforts of fire rescuers from state, county and local battalions,” said spokesperson Sheila Murphy.

Another hospital, Vista Del Mar Psychiatric, wasn’t so lucky. While the patients and employees were unharmed, the wildfire completely destroyed the building.

It’s a frightening situation for all involved, but as in all difficult times, local doctors and nurses have proven again that they don’t give up without a fight. And if you’d like to help in that fight (and in the recovery), there are many ways to do so. One way is by donating to the local Red Cross (you can find more information here) or by volunteering to help the Red Cross with relief efforts (by clicking here). But be careful… multiple scams have already surfaced seeking to intercept donations before they reach victims. The Ventura sheriff recently addressed the issue, and has a very helpful list of tips for avoiding criminals here.

“Makes me want to be able to go out there and help people,” explains nurse Jody Pinion, a nurse from Charlotte, NC who flew to California with the Red Cross to help at area shelters. “It’s why I do what I do.”

If you’d like more information on beginning your own career as a nurse or medical assistant, contact Unitek College today.